Carara National Park Tours, conservation area is located near the Pacific coast of Costa Rica. Carara lies about 30 miles west of the capital of San José and about 15 miles north of the beach town of Jaco. The park protects the river basin of the River Tárcoles, near Orotina and includes one of the largest remaining populations of wild Scarlet Macaw in the country. Also contains more primary Costa Rica rain forest than the relatively close Manuel Antonio National Park. The dense tree growth makes Carara a haven for many bird species, and the park is a popular bird watching destination. In addition to Scarlet Macaws, birds found in Carara include orange-chinned parakeets and other parrots, hummingbirds, woodpeckers, motmots, jacamars, manakins, antbirds, and several species of trogon, including the black-throated trogon. Several species of water birds inhabit the park as well. These include the anhinga, several species of heron, several species of egret and kingfishers.

Among the reptiles present in the park are the American crocodile and several snake and lizard species. Green and black poison arrow frogs are among the amphibians present. Mammals include white-tailed deer, red brockets, collared peccaries, agouti, kinkajous, white-faced Capuchin monkeys, mantled howler monkeys, Hoffman’s two-toed sloths and brown-throated three-toed sloths. However, mammals can be difficult to see due to the dense tree cover.

Please enable cookies in your browser to place a booking

Please note: After your purchase is confirmed we will email you a confirmation.
Contact us 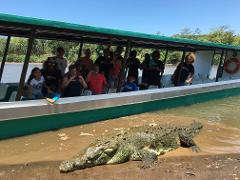 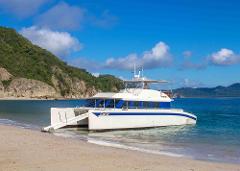 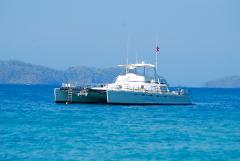